Race to the King Report

Race to the King

Somehow I’ve made it downstairs to put some coffee on and open my laptop. My mind and body is overtired and a restless night meant that sufficient rest will take several days or even weeks..

Race to the King was always going to be a big challenge and it delivered in every way. My first official ultra event (I’d run 35 & 40 in training and as part of X-Man Triathlon) coupled double marathon distance with altitude gain of extraordinary proportions.

Having been convinced into signing up for this by some friends, I was out of my comfort zone with this race. Since X-Man in 2012, I had some demons with the South Downs Way and decided it was time to bury them once and for all. I found a training plan online from Ultra distance running legend, Rory Coleman, and chalked it up on my blackboard wall. Every session for 10 weeks, laid out and ready to be ticked off. I embraced Strava and set to the trails.

I’ve never really run for fun but within a few weeks I was looking forward to every session and finding some new trails in my area. Distance clocked up quickly and I was notching 40 miles per week in no time. On a whim, and ahead of schedule, I planned to run for as long as I could and on a glorious morning in April, I trotted my way around 35 miles to remove the mental block of going beyond 30. Job done.

With my son, Seb, arriving one month ago, sleeps have been pretty good considering but still disturbed and early morning alarms for a run became a bit harder to embrace. Also, Woodsy’s stag do in Ibiza cropped up last weekend and whilst I did venture out in the hills on the White Island for 6 miles or so, I burned the candle at both ends for 3 days until there was no candle left. Perhaps not the best preparation. My taper was not so much a taper but a full week of refusing to consider exercise. Then it was race day… 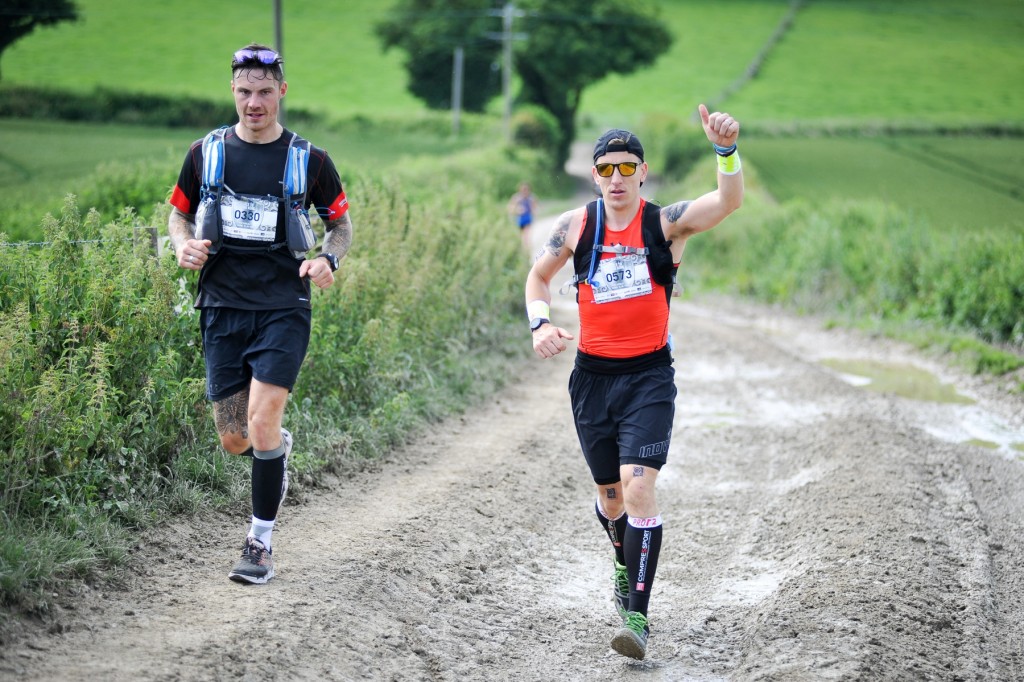 It was good to run with Lee from time to time and talk about other ultras to sign up to!

We set off in glorious sunshine and the first half marathon passed in the blink of an eye. It was all very social and steady, chatting to my mate, Lee, when we found ourselves together at times and took in the beauty of the legendary South Downs Way. The first half of the race had the most significant climbs and this infamous route packed a real punch on the heart rate and calorie expenditure. In training and during races, I never walk unless I really have to. Be it running or cycling, for me, the objective must be to go as fast as you can so I was surprised to see most people walking the steep climbs and jogging the rest. I was half tempted to adopt this approach too but I had a game plan and I stuck to it and I’m glad I did. At 175 bpm, I walked. Self-preservation needed to be respected. 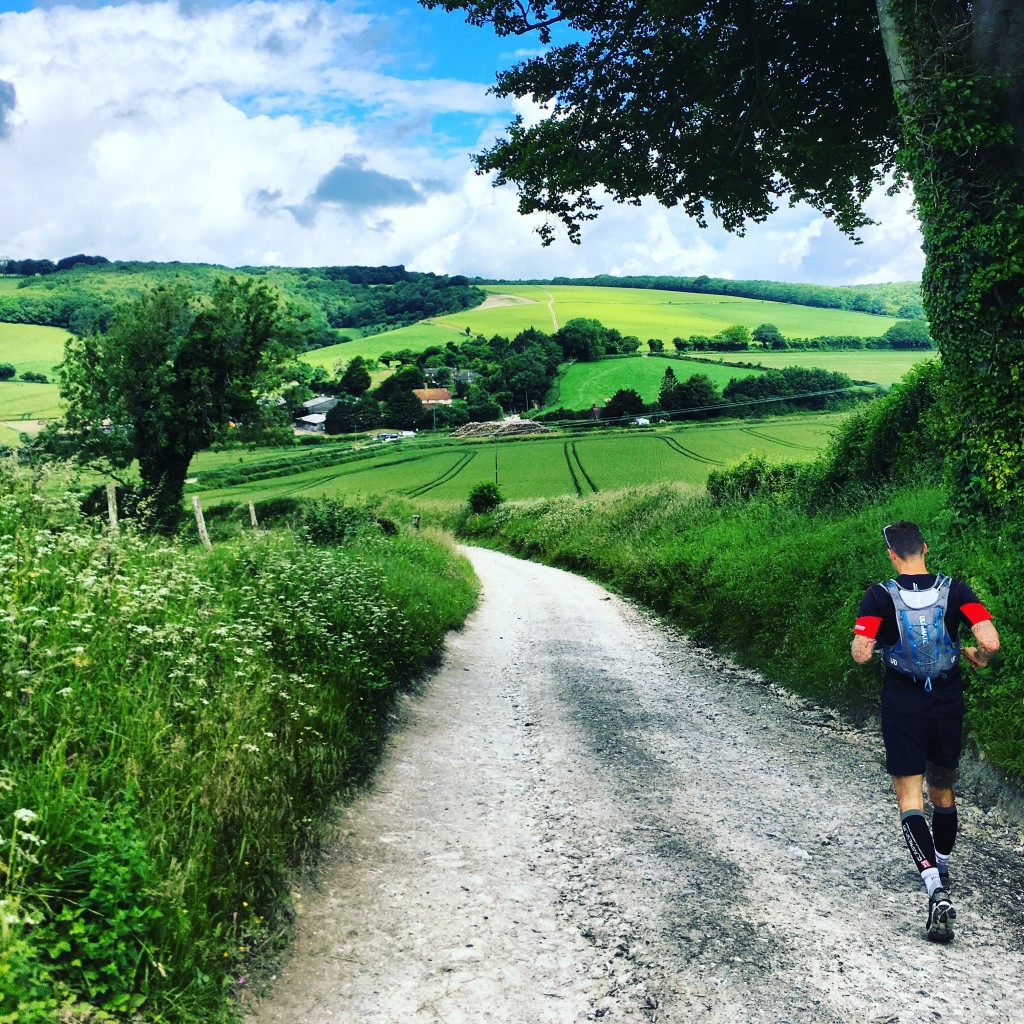 The weather turned just before the half way point and it turned in style. Hail, driving rain and waterlogged trails made conditions very testing but pretty fun too. Descending treacherous chalk based trails with slippery tree roots everywhere with gushing streams underfoot took lots of concentration to remain upright and moving forward. I saw the weather forecast during the week and decided to purchase a rain proof running jacket – something I’ve never worn as I don’t like to run with too much flappy material on my body, especially pressed on bare skin on the arms and shoulders, and knew I would get agitated if it didn’t feel perfectly comfortable. I wasted time getting it out of my bag, then when I put it on, it annoyed me and made me feel sweaty so I stopped again and stuffed it back in my bag. For the time being… 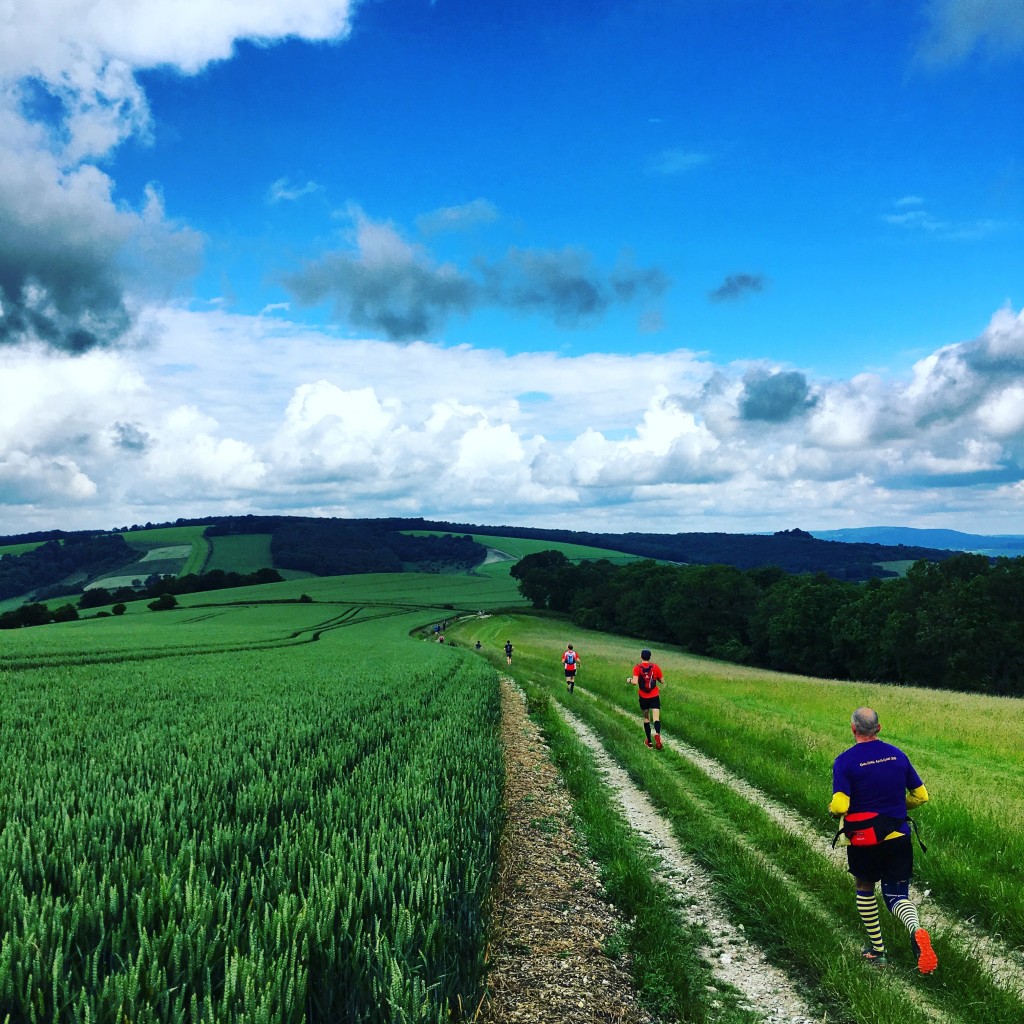 Stunning English countryside yet sneakily brutal at the same time.

Fuelling was pretty modest for the first 35 miles then at one of the excellent pit stops (with lovely, helpful and supportive crew), I was handed a bowl of porridge with extra salt and sugar. I was reborn. Wow, I was really enjoying miles 35-42. I was in new territory in terms of distance and with my favourite tunes in my headphones, I was ticking off the miles. The heavens opened and the jacket enjoyed a second coming, this time offering fantastic protection and warmth as the rain absolutely lashed down. 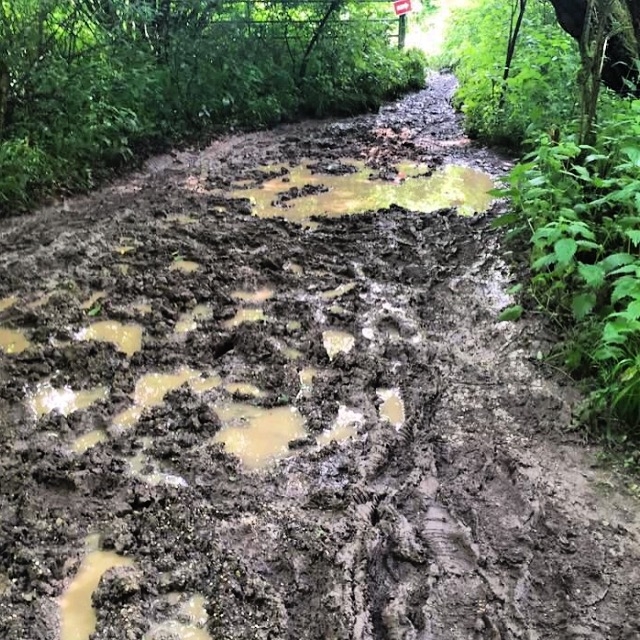 Then it dawned on me that I hadn’t seen a sign in a while, or for that matter, another competitor. I stopped, waited and then about half a mile away, I could see a pink sign on a post. I carried on but when I got closer, it was a sign for something else so made the gut wrenching decision to turn back on myself. The realisation that you’ve gone wrong during such a big test (and when you’re chasing a time of sub 10 hours) is nothing but pure devastation. Digesting the repercussions of not concentrating was painful. Really painful! Many choice words were had to myself as I paced far too quickly in a bid to retrace my steps and get back on track and make up for lost time. I finally got to the juncture where I simply chose left instead of right. It was clearly signed, I was just in that place where I had a tempo and was looking 3 or 4 metres ahead of myself instead of looking up and around. The flipside of being in the zone, I suppose! 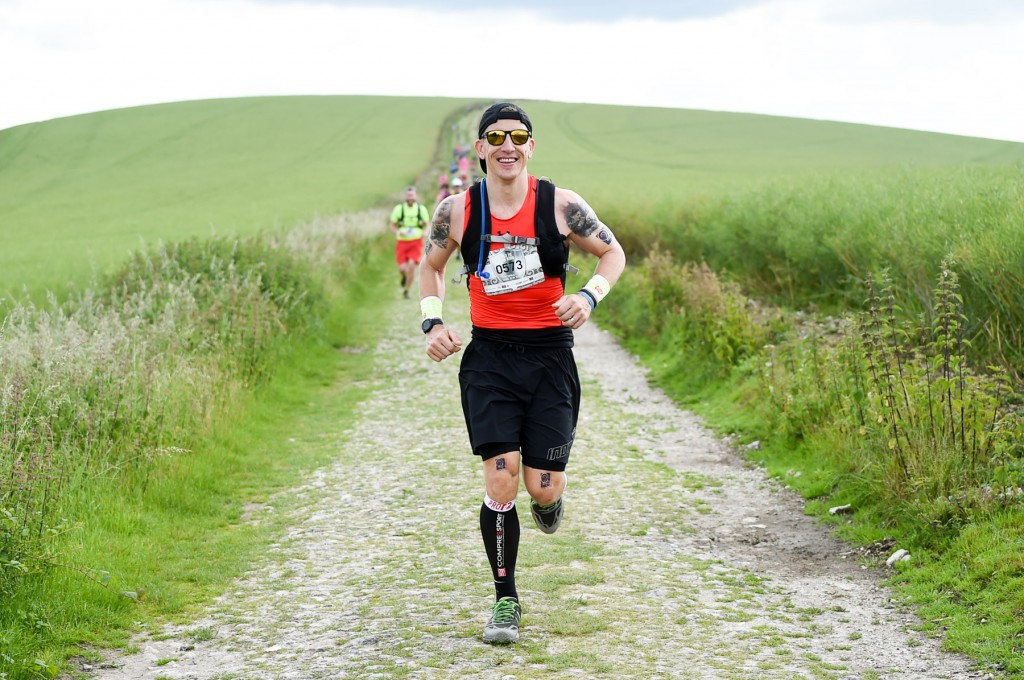 All smiles within the first 10 miles!

The support at 45 miles was like being hugged by a special friend but I was still reeling in my idiocy and needed desperately to get over it or the last 9 miles would be hell and that pause at 45 miles was a god send. I did my best to put my mistake in a box and move on. The rain came and went on the final stretch and having calculated that based on my pace so far in the race, I’d blown a sub 10 hour finish. However, I clearly had the bit between my teeth as after a few miles I kept recalculating and came to the conclusion that I was due across the line just inside my 10 hour goal. Thanks to my detour, my Garmin was not helping me with distance as I didn’t really know how much I had deviated. There was nothing else for it; I decided to run as fast as I could until the end.

Having grown up in Winchester, I was aware of my location and the remaining distance. It was all downhill once we crossed the main road at the Mattersley Bowl and I belted it towards town. I was frantically checking my watch to ensure that I really was due in just before 6pm. I got the crossroads on Bar End Road by the Black Boy and just kept running, halting traffic from both sides.

Turning the corner to see my family at the end of the road just before the finishing chute was enough to break my emotions and so whilst shedding a wee tear, I took Seb in his buggy across the finish line and was only too happy to have a lump of metal hanging from my neck. 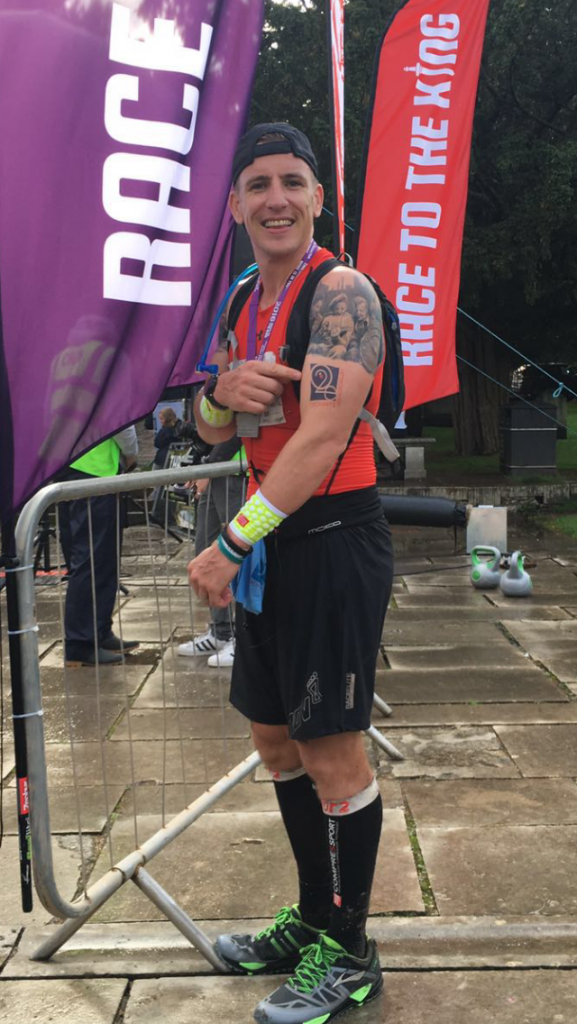