So I’ve been reading a lot of posts from the ultra running world recently and tend to agree with the idea of not relying heavily on carbs to get you through a long run. Teaching the body to call upon fat stores instead of carbs and sugars seems logical so I thought I’d give it a try. Over long distance, carbs and sugars won’t see you through so it’s perhaps the only real way to go.

Last week I headed out for run at the crack of dawn with the idea of doing 7-10 miles. It turned out to be such a great route on a perfect morning that I extended to 13 or so. 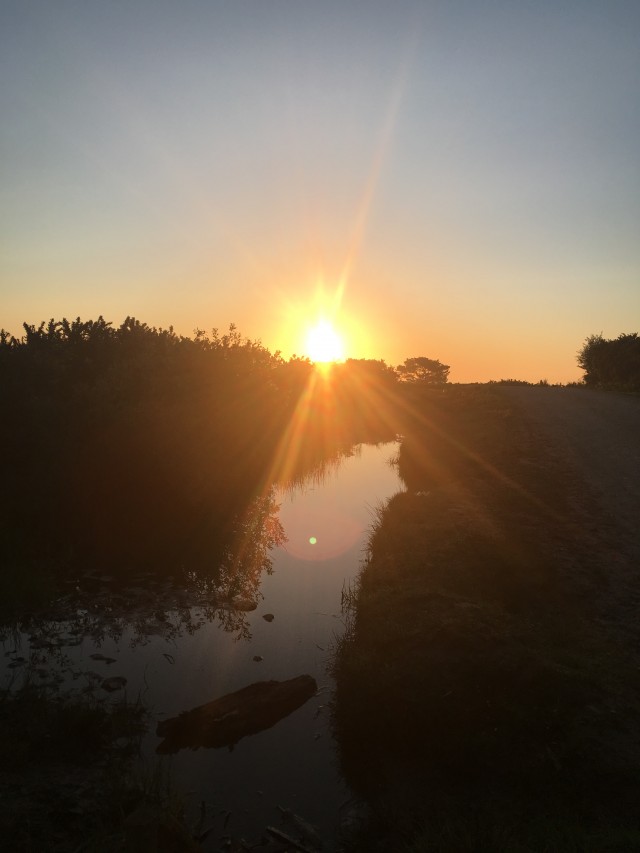 One of the best mornings of the year

With the shorter distance in mind, I didn’t need breakfast or to take any fuel with me but even with the extra distance I felt great.

Interestingly, my stride felt light, long and nimble. An empty stomach and no carb loading from the previous evenings meal didn’t weigh on my mind at all, which can often be the case if you’re conscious that you’re pushing hard.

Somewhat off the cuff, I decided to test how far I could go without fuel over a longer distance.

This was as much of a mental test as it was a physiological one. Unless my speed was reigned in, it was going to be a question of when I was going to bonk and not if. 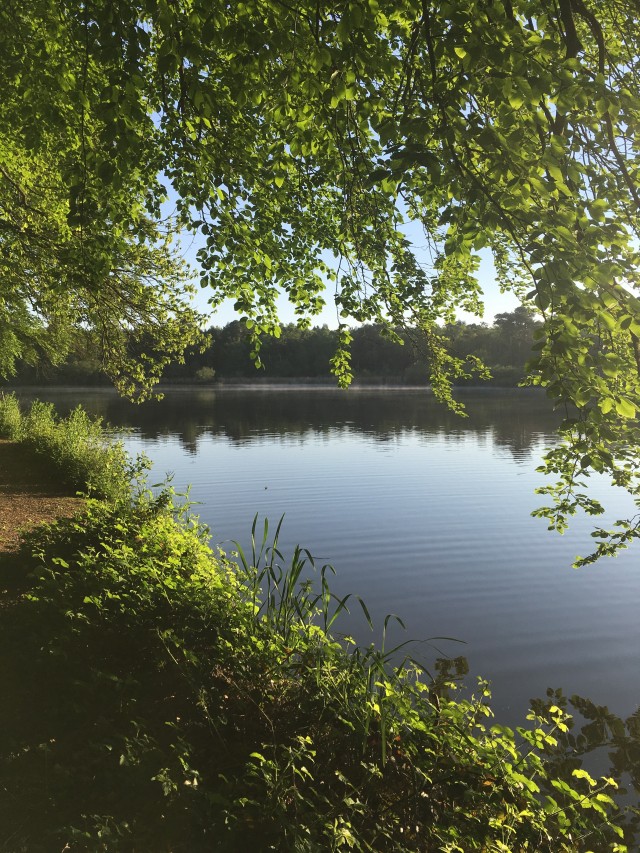 The Basingstoke Canal offers continuous beauty, especially on a sunny day before the dog walkers come out.

Reminding yourself to slow down is key factor in extending your mileage without crashing and burning. A stir fry dinner at 1930 with 5 hours sleep between 1030-0330 meant that I had fasted for 8 hours and headed out with water in my Camelback and a few gels as a safety net.

The weather was absolutely perfect and I could see the beginnings of a stunning sunrise so I deviated from the planned canal towpath to my favourite sunrise view point atop Beacon Hill. I’d planned the towpath so I could maintain one pace and burn my calories evenly but the hilly foray to my vista probably dented a few too many calories early on. Plus I was mesmerised by the number of deer I saw and spent over half an hour capturing them on my phone camera.

Once on the intended trails, I aimed to stick at about 9.30 minute miles and found this rhythm pretty quickly, albeit quite frustrating.

I questioned my need for fuel several times, particularly between 20-35, when I’d typically take on some fuel. It became a challenge to myself and I think my stubborn streak helped me out for once. Hunger never kicked in but sometimes I felt a bit lightheaded. I had the full range of emotions and think the lack of calories probably accentuated the lows. 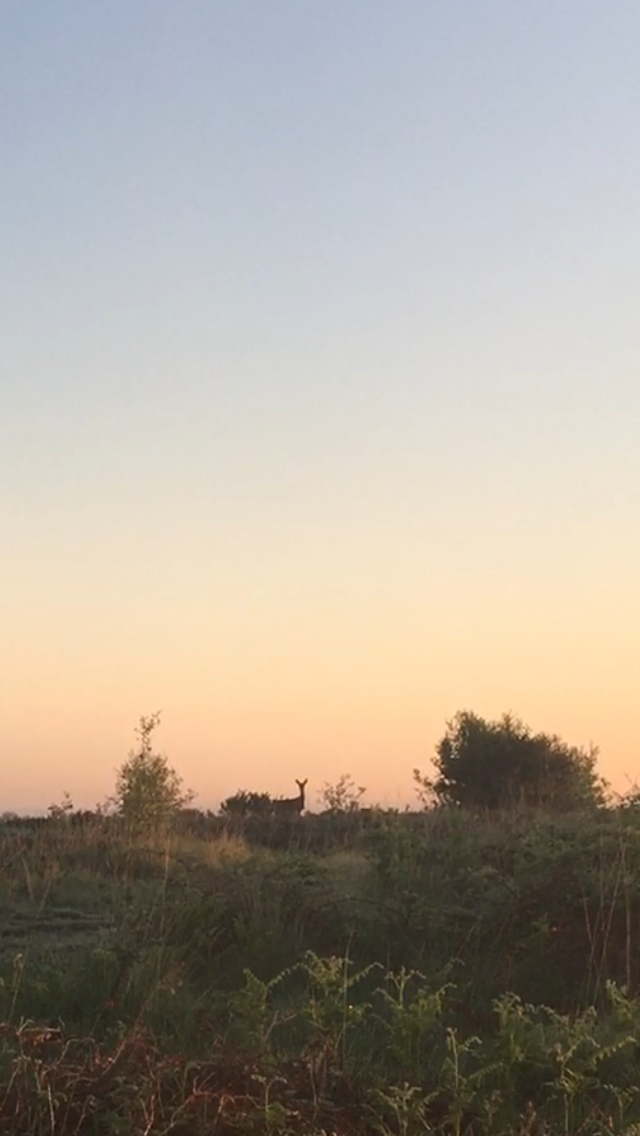 There is something pretty special about seeing these lovely creatures in their habitat. I move somewhat less majestically.

I knew my route would put me back at home at 37 miles and I beat myself up for about 2 hours with the decision of stopping or carrying on to hit 40. The lack of energy wouldn’t allow me to let go of this decision and it kind of festered.

As it turns out I was too fixated on the glory hunting that surpassing 40 miles offered and the imaginary questions I’d face from friends ‘couldn’t you have just gone another 3 miles?’ was sending me into an internal rage. I stumbled the last local 3 miles and was well and truly on my eyelashes.

In summary, it’s a great test to put yourself through. In fact, for a regular marathon at my average pace, I’ll probably now look to have a light dinner and head off with just a banana for breakfast. Historically, I’d have loaded the carbs in the evening, woken up early to fit in a decent bowl of porridge and snatched at half the food on offer at feed stations.

Listening to your body, not your mind, and testing this fat burning ability is a great learning curve for any runner.