It was a pretty unremarkable return to the road racing scene which was about as much as I could expect from some unremarkable training of late.

I’m a great believer in specificity and my training of late has been anything but that. Therefore, I can’t grumble at an average race on Sunday.

A debut weekend race for organisers, Behind the Bike Shed Racing, the Sunday meeting saw a great turnout across all categories.

The E12 race started with an early break that was pulled back but only after a good half lap. A sign of things to come. I bridged a few attacks, one more amateur than my usual efforts.

Desperate to get in with the second 6 or so man break, I solo bridged across (eventually) but really struggled to get on as the headwind pegged me back. By the time I got on the wheel, it was a matter of seconds before the main pack sauntered up beside us, painfully effortlessly. It was worth a go but I’d put out more watts than anyone else in getting to the same place.

Annoyingly, another attack followed shortly but I was still in recovery mode and didn’t go with (the cardinal sin of cycle racing!). I put my money on the main bunch reeling them in, much in the same way they had just done when I went out on my own.

Alas, despite much cajoling on deaf ears, the bunch simply accepted that the field had split. Me and a handful other made some attacks but it was in vein and somewhat pointless when the main bunch was 10 strong or more and therefore no points on offer. 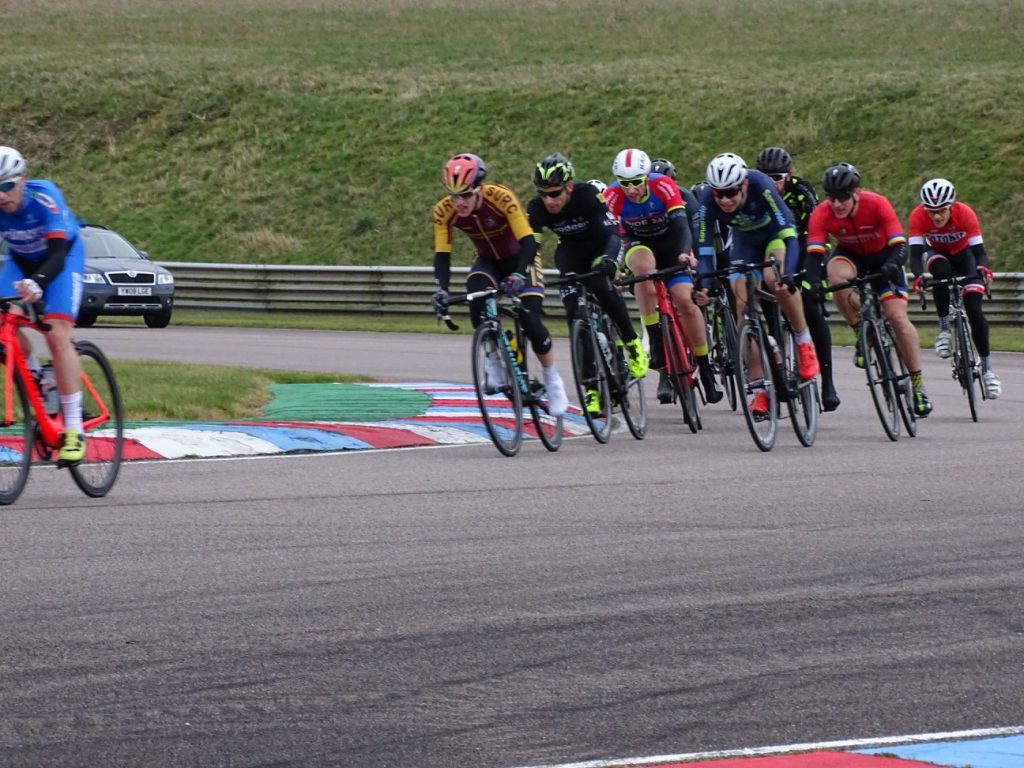 Missed the break but made a race of it in my own way!

However, determined to race hard and not coast to the final 3 or so laps, I joined two others in yet another attack and this time it stuck. We rotated well and kept away from the chasing pack.

The three of us played a bit of cat and mouse up the final hill but they decided to trigger this just as it was my time on the front and when I flicked my elblow… nothing.

Our pace slowed right down as the three of us didn’t want to be at the head of the arrow but mindful that the chasing pack were bearing down on us. Inevitably, as we negotiated the chicane and hit the home straight, the lads had the initiative on me and gave it full gas before I could react. Even if I had attempted a full sprint, I was pretty spent after my early efforts.

I finished halfway down the leader board which is not particularly satisfying but as previously mentioned, my structured training is non-existent at the moment due to our house being under construction and no place to use my turbo and beloved TrainerRoad training plan!

There are still lots of takeaways for me, the main one being that my mind is back on racing now. So much of racing is psychological and to switch on the race mentality after several months off is a good feeling.

I’m aiming to peak in the summer months so still plenty of time to hone the form!