2019 sees me take on several of the usual cycling challenges, the first coming thick and fast at the end of January in the 4 day Costa Blanca Bike Race on the mountain bike.

However, a test of a different kind awaits me in the new year; breaking 80 on a par 72 golf course.

This doesn’t sound immediately like it’s a comfort zone busting challenge. It could be perceived as quite literally a walk in the park.

But let me offer some context. I can strike a golf ball well but can’t put 3 holes together, let alone 18.

I don’t practice. Mainly due to time restraints  and a lack of dedication. If I’m swinging the club it will be to play. 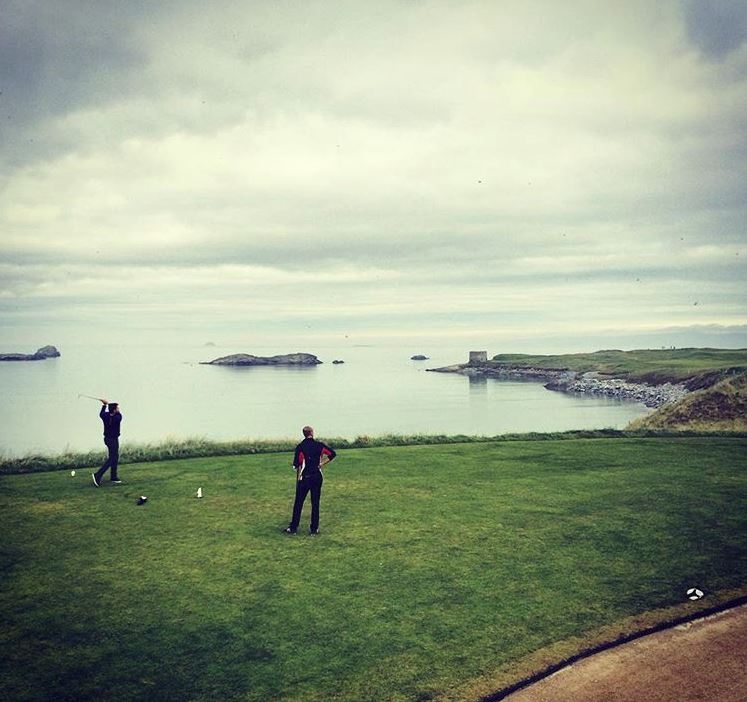 If I’m going to get the clubs out, it is to play. I simply don’t invest any time in practicing the right things.

I’ve broken 80 once. At the wide open Hampshire Club in Andover in circa 2004. It was sheer luck as I scraped a bogey 5 down the last to make 79.

Since then, any intent of marking a card with a stroke play score has been abruptly binned with a quadruple on a early hole in the round.

Why can’t I score? Fundamentally, my swing is flawed and it takes a bucket load of luck to get my timing right so the club face is square at impact. I bomb it off the tee. Into the woods. Left or right. Who knows?

Course management. That another reason. I go out with the mindset of going for everything. Par 5’s in two (if I’m ever in play off the tee), driver on tight par 4’s and aiming for tucked away pins on 3’s. This bullish approach is born out of trying to play bogey golf and being conservative, only to shank my ‘easier’ shorter club.

Finally, short game. It’s taken me 20 years of shitting myself when standing over the ball from 100 yards in to seek help. Fat, thin, short, long, pushed, pulled… it’s a lottery and is the single biggest humiliation after you’ve crushed a tee shot down the middle and you’re only left with this ‘easy’ pitch in. My greens in regulation stats are embarrassing for someone who others assume is a single figure player when they see me nutting a few at the range.

Oh I should mention putting. I melt over 3 footers. What grip do I use? Whichever Tour player I watched last. Except the broom handle/belly. I’m not going there. I’m too good for that! Seriously, I’ve tried left over right grip, the claw, the Justin Speith method of looking at the hole, not the ball, on short putts. I actually like this and had success but during ‘important’ matches I bottle it and revert back to the traditional methods. Pathetic. 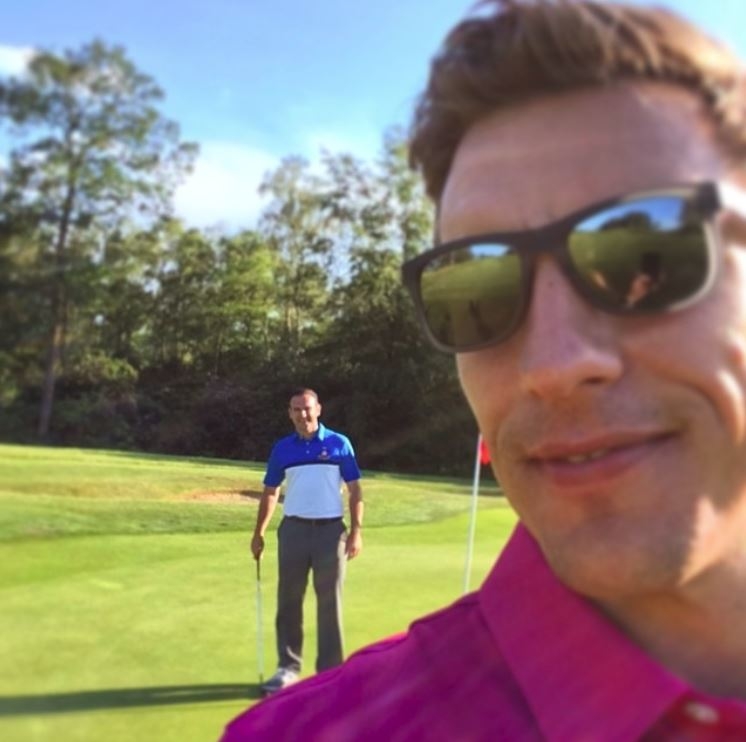 If only this man could be with me on every green. The oracle!

I’m lucky enough the play some immense courses, among the best in the UK and Ireland. More often than not, the round is remembered for a punchy match play game between our pairs (fiver front 9, back 9 & overall – big stakes for a tight arse), where we are afforded many blobs that mask a multitude of golfing sins. I roll up at these tracks that are way out of my league thinking ‘today is the day’. It never is as I’ll be blobbing within the first few holes. Here’s your £15. Well played. My round. 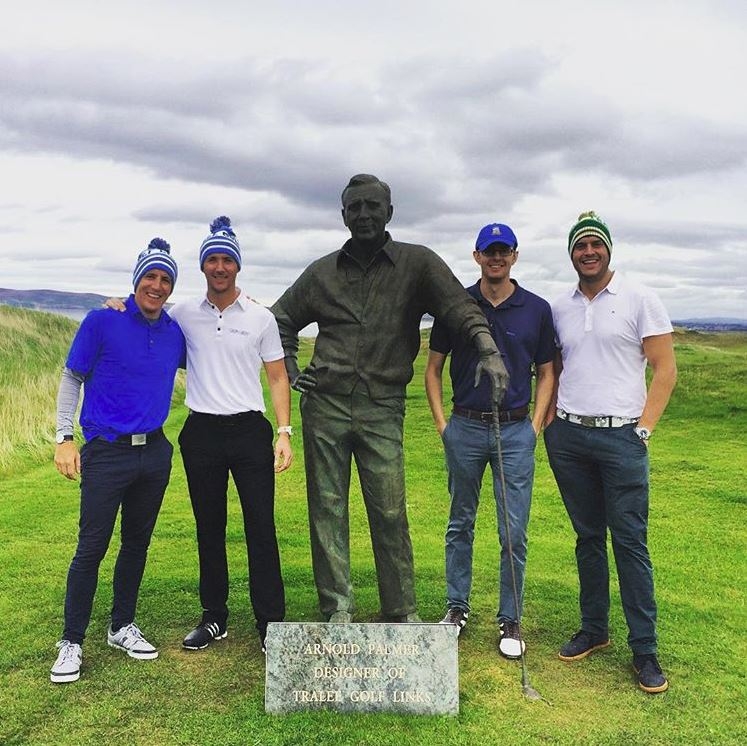 Tralee. My favourite track of all time. Played okay during the two previous rounds on this trip at Dooks and Waterville but I was useless round Tralee, sadly. And lost us the series.

So, I’ve had enough. I need to get more from my game and show that I can achieve success with a challenge that needs more than brute force and fitness. I’m looking to apply the same mental resilience I need to dig filthy deep when accomplishing endurance events that take me to very dark places.

I need to change. How hard is that? Change is one of the most feared exercises known the the human race. My swing, my grip (recently adjusted from very strong to weak), my application.

Where am I now? I’ll tell you after the weekend. I’m playing 18 holes to put my marker in the sand. Speaking of sand, I am either Sevy in the bunkers or (my 2 ½ year old son) Sebby when he’s building sand castles on the beach.

It’s been so long since I’ve completed a stroke play card that I’ve no idea how I can justify playing off 15 (that creeps +/- depending on who I’m playing with).  But let me tell you, if I came in 15 over after playing The Berkshire last month, I’d run to the hills. In reality, I probably shot 110.

Its also worth noting that I’m a recovering club thrower/snapper. In my early 20’s when I took  up the game to fill spare time during the day, I was mortified that my athletic ability to pick up most sports didn’t extend itself entirely to golf. There is a 5 iron up a tree in Florida, a putter in a lake in Nebraska. Shafts have come to a bitter end all to often via my quadriceps.

But with age came a more mellow attitude.  An acceptance that I am shit at golf but just happen to have flashes of ability from time to time. I learned to not get stroppy and just laugh off the bad shots and move on.  To the next bad shot.

However, I will have to focus carefully for this devil to remain boxed.  When I’m learning new things but can’t grasp them despite trying very hard, I’ll be using every fibre of mental strength to not break.

So let’s see where this goes. With the help and expertise from my good friend and golfing legend, George Porter, I’m going to apply myself to this goal to hopefully prove to myself that I can change my spots through tuition, hours of repetition and a bucket load of club throwing temptations. 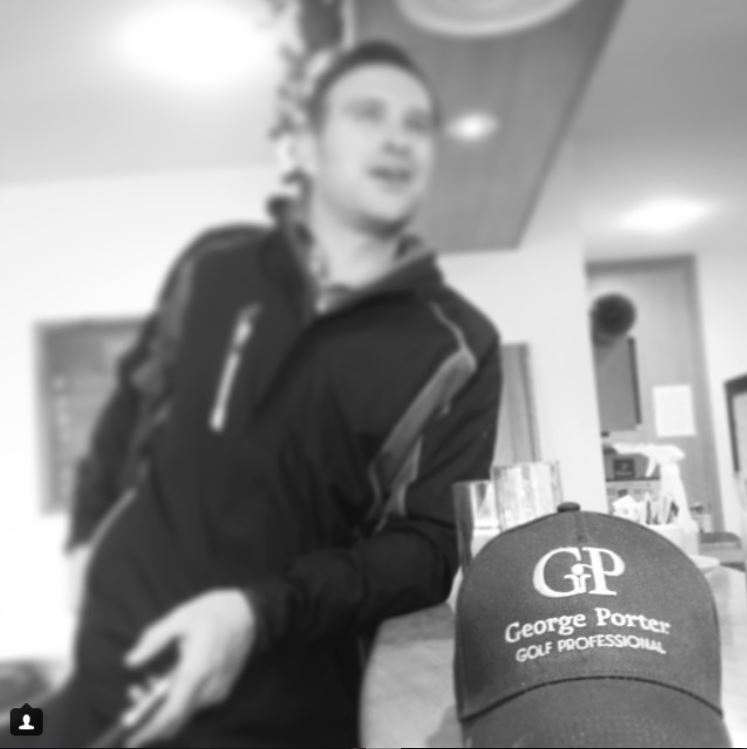 It’s worth noting that George has recently fitted me out with new irons and woods so I have no excuse whatsoever. All the gear and…. we’ll see.