A few days away in Cornwall with the family and friends was possibly not ideal preparation ahead of Round 3 of the Southern XC Series. A couple of coastal rides kept the legs ticking over but I didn’t feel overly sharp as I arrived in the New Forest, en route to home from North Cornwall.

After a practise lap, I was excited to get out on the Crow Hill course that suited my riding style and ability. With 10 strong riders in the Expert category, I knew it would be competitive throughout and quick from the gun. Twisty single track with rooty sections is par for any Southern XC course but well designed loamy sections were something of a novelty and provided excellent grip in the sunny, dry weather. 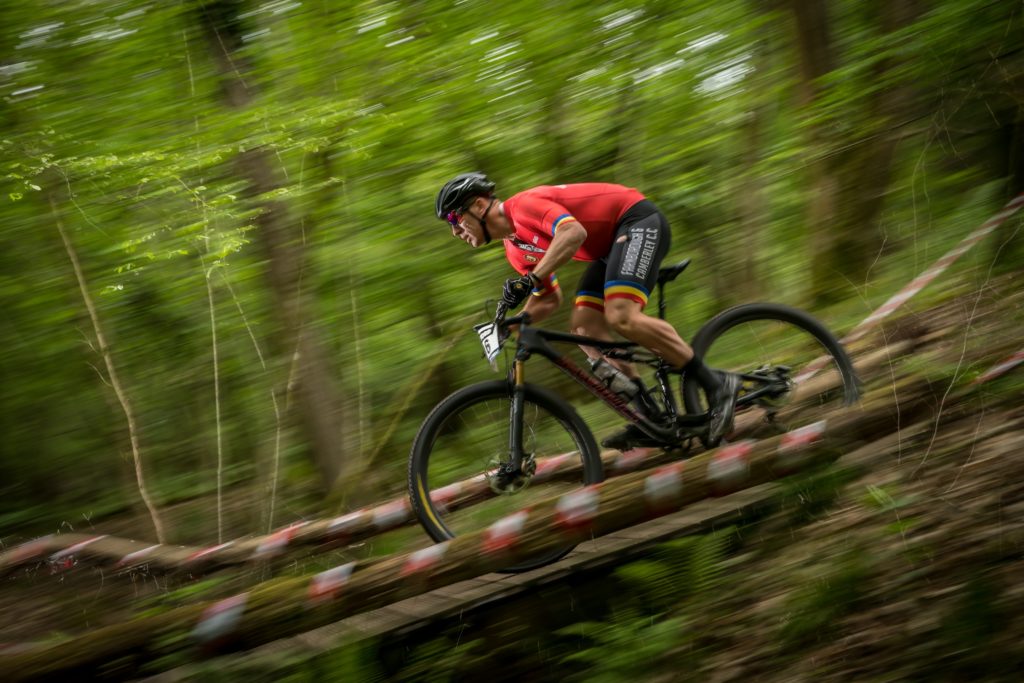 The field strung out after a lap or so and I found myself working through the bunch and ended up on the wheel of Dave Bone, a decent rider who I knew had another gear when he wanted it. Another (gobby) rider may have requested that I do some of the work, which would’ve been fair cop, but I genuinely knew that if I turned the screw on him, I would only eat humble pie later in the race as he sailed on by.

I dropped my only bottle on a fire road section and made a mental note to try and force a gap on Dave so I wouldn’t lose much time by stopping to pick it up on the next lap. Easier said than done. I created a gap as he took on some fuel and slowed down to pick up my bottle. I unclipped a pedal, swung a leg over, braked too hard and flipped over the bars. It was a ridiculous ‘crash’ with no scrapes or damage, just dent in the pride and 30 seconds off the clock.

I chased Dave down and we caught another couple of guys. The four of us (one was a Vet) did a lap or so in a train until I decided to put the bike down on a sharp, slow loamy corner. This was enough to let the three of them get away. Chasing them down would’ve lead to a bonk and I had created enough of a gap behind to be confident that, bar no more slip ups (or sit downs), my position was secure. The heavens opened on the penultimate lap which changed the dynamic of the course.

Roots became slippery, loam turned soggy and heavy. Fortunately, most of the race was under the canopy of trees so the rain couldn’t fully penetrate the course but more care was needed to see out the race in one piece. 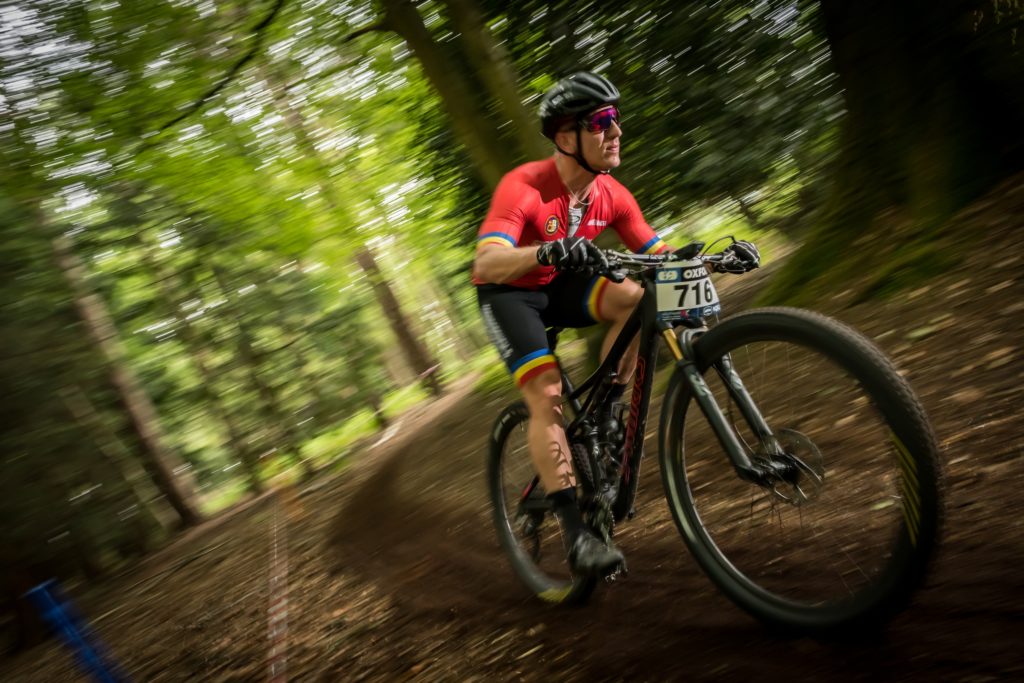 With the race being selected by British Cycling as the Regional Championships, the field was always going to be strong. Finishing 5th was a respectable result and except for the 5th and final lap where the stronger, lighter guys had some more in the taps and I didn’t, I held my own and in podium contention for most of the race.

For me, this was the best course on the SouthernXC circuit but sadly my fitness (and basic bike handling skills!) couldn’t justify a podium on this occasion.